An excellent overview of what happens when one state declines and another rises. It's books like these that made me wish I would have stuck with Political Science in college. Leer comentario completo

GRAHAM ALLISON is director of Harvard Kennedy School's Belfer Center for Science and International Affairs and the best-selling author of Lee Kuan Yew: The Grand Master's Insights on China, the United States, and the World ; Nuclear Terrorism: The Ultimate Preventable Catastrophe ; and Essence of Decision: Explaining the Cuban Missile Crisis . Founding dean of the Harvard Kennedy School, Dr. Allison has served as Assistant Secretary of Defense and advised the secretaries of defense under every president from Reagan to Obama. He lives in Belmont, Massachusetts. 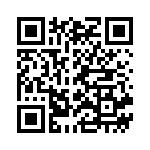