Brendan Simms is Professor of the History of European International Relations and Director of the Centre of International Studies, University of Cambridge, where he is a Fellow of Peterhouse. His previous publications include Unfinest Hour: Britain and the Destruction of Bosnia (2001), Three Victories and a Defeat: The Rise and Fall of the First British Empire (2007) and Cultures of Power in Europe during the Long 18th Century (as co-editor, Cambridge University Press, 2007). 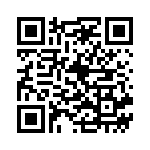