ELAINE R. S. HODGES worked as a scientific illustrator in the Department of Entomology at the Smithsonian Institution’s National Museum of Natural History. After entering the field of scientific illustration at the Smithsonian in 1965, she helped found the Guild of Natural Science Illustrators, serving as its first newsletter editor and later as vice president and president. She has also lectured, taught, and written extensively in the field. 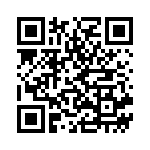