Thomas L. Whigham is a professor of history at the University of Georgia. He is the author of The Politics of River Trade: Tradition and Development in the Upper Plata, 1780?1870. 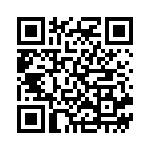