I am about half way through it and this book is fabulous! I am understanding so much more about events that happened when I was a kid. These were three amazing people. We have them to thank for the ... Leer comentario completo

For a gen-Xer like me, this was an interesting recap of the events that I mostly ignored during my childhood. I did feel that the book skipped around a bit too much chronologically. It generally flows ... Leer comentario completo

John O'Sullivan covered the Reagan presidency as a Washington columnist, was a special adviser to Prime Minister Margaret Thatcher, and has written regularly on Pope John Paul II and the Catholic Church's influence on international relations. A veteran journalist in Britain and the United States, he was the editor in chief of National Review, The National Interest, Policy Review, and United Press International, editorial page editor of the New York Post, op-ed and editorial page editor for the London Times, and an editor with the London Daily Telegraph. He is currently editor at large for National Review, a weekly columnist for the Chicago Sun-Times, and a senior fellow with the Hudson Institute. A Commander of the British Empire and founder of the New Atlantic Initiative, he divides his time between his apartment in Washington, D.C., his home in Decatur, Alabama, and frequent trips to Britain, Europe, and Latin America. 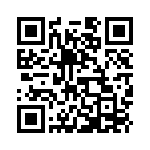