Robert Bucholz is Associate Professor of History at Loyola University of Chicago. He is the author of The Augustan Court: Queen Anne and the Decline of Court Culture (1993) and, with Sir John Sainty, Officials of the Royal Household 1660–1837 (2 volumes, 1997–8). He has written articles on Queen Anne and the court.Newton Key is Professor of History at Eastern Illinois University. He has written articles on preaching, on feasting, on charity, and on local politicking in Stuart England and Wales. 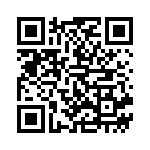