Página 64
Two years later , when Anaconda Copper acquired the rich Chuquicamata mine ,
violence flared in labor - management relations in Chile , too , and fraudulent
practices against the treasury multiplied . The inflow of United States capital
during ...
Página 104
Operation Guatemala ” had begun.25 Colonel Castillo Armas was to
consummate the coup against the government of President Arbenz and , a few
days later , win what Foster Dulles , connected with United Fruit for many years ,
was to call a ...
Página 150
Some days later , based on the OAS Council resolution , a letter of protest was
sent to the UN signed by the members of the OAS including Chile , which had
previously abstained , but not by Mexico , Jamaica , or Trinidad - Tobago . 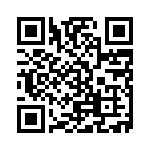