An interesting topic with good information, but the book needed an editor. The text meanders and repeats itself and has numerous typos, as well as errors such as stating the year 1989 followed the year 1998. Leer comentario completo

She forget "The Flash" one of the biggest ego-trip superheros... Great job, well done (Sarcasms)

Sharon Packer, MD, is a practicing psychiatrist and an assistant clinical professor of psychiatry and behavioral science at Albert Einstein College of Medicine of Yeshiva University, Bronx, NY. 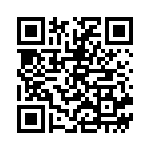