Página
READER'S DIGEST THE Pleasantville , New York Published in American , Australian , British , Canadian , Danish , Finnish , French , French ( Canada ) , German , Italian , Japanese , Norwegian , Portuguese , Spanish and Swedish editions .
Página
He had selected a Reader's Digest - selected it purely on the basis of size . Two days later Eddy was back , his black eyes almost popping out of his head : ' Mr. MacKay , have you another book like that ? ' — " During the ensuing two ...
Página 94
A one - year subscription to THE READER'S DIGEST ta presented to you with my Christmas Greetings Jane Blair The Digest WRAPS THE GIFTS for you For proud display beneath the Tree , the initial copy on each gift subscription will arrive ... 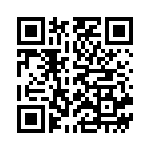