Alison McMahan is a Mellon Fellow in Visual Culture at Vassar College. From 1997 to 2001 she ran the MA program in film and television studies at the University of Amsterdam, where she taught early cinema and new media. She has published widely on early cinema and has carried out research for documentaries such as The Lost Garden: The Life and Work of Alice Guy BlachÚ (1995, National Film Board of Canada) and for the Emmy-award winning Into the Light ('State of the Arts' series, New Jersey Network, 1995). She was interviewed as an early cinema expert for the documentary Reel Models: The Women of Early Film which first aired on the American Movie Classics Channel in 2000. 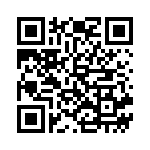