I thought this was a very good book. It kept me guessing until the very end. Leer comentario completo

Carlene Thompson is the author of Last Whisper, Black for Remembrance, Nowhere to Hide, and Don't Close Your Eyes, among other books. She attended college at Marshall University and earned her Ph.D. in English from Ohio State University. She taught at the University of Rio Grande before leaving to focus on her writing full-time. Besides writing, she spends her time caring for the many dogs and cats she's adopted. A native West Virginian, she lives with her husband Keith in Point Pleasant, West Virginia. 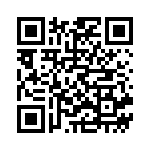