Deirdre David is Professor Emerita of English at Temple University. She is the author of several books, including Rule Britannia: Women, Empire, and Victorian Writing, and the editor of The Cambridge Companion to the Victorian Novel. 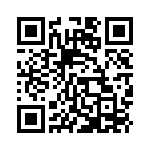