Página 13
MARGARET DRABBLE , the distinguished English novelist , biographer , critic ,
and editor , received the Academy ' s E . M . Forster Award in 1973 , and
delivered the Blashfield Address at our May 1997 meeting . Her fiction has been
widely ...
Página 43
A Mr . John Sumner , secretary of the New York Society for the Suppression of
Vice , had lodged a formal complaint , and Miss Anderson , the benighted editor ,
was summoned to a court in Greenwich Village before three judges , some
doyens ...
Página 52
Robert Giroux is a great publisher of important literature , first at Harcourt , Brace
and Company , where he served as editor - in - chief from 1948 to 1955 , then as
editor - in - chief and vicepresident of the firm soon thereafter to be known as ... 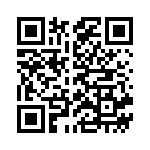