Página 2
They are full of hints , characters , dramatic situation . They supply a love story , and plenty of room for enjoyment , for romance , for sentiment , for speculation , for psychoanalysis , depending on one's century and pleasure .
Página 21
whom another character remarks , " You are as fond of grief as of your child , ” ( King John , III , iv , 92 ) , grow tedious , and the strength of the play lies in Faulconbridge , supposedly the bastard son of Richard the LionHearted ...
Página 63
Elsewhere Professor Hart has perceptively traced through the romantic comedies the changing character of the fools , showing how each one was becoming more disenchanted with his world . Thersites rests at the very nadir of this ... 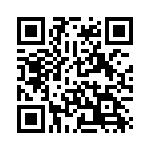