Pßgina 79
Quirno Costa praised the efforts of the assembly toward " the closer binding of the
South American countries , ” but it was the Old World , rather than the New ,
which interested the Argentine spokesman , “ the Old World , which not only
sends ...
Pßgina 93
37 However , the efforts of Blaine and of Baker were not in vain , despite their
initial failures to stir up interest in Latin America . Under an act of July 7 , 1884 ,
President Arthur appointed a three - man commission to go to South America “ to
...
Pßgina 106
Now , he wrote , because of the great progress of recent years , All eyes are
turning to this poor and deprecated South America , the home of perpetual
revolutions , ungovernable peoples , and general decay . Ah ! today one speaks
only of the ... 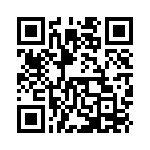