Pßgina 60
... to Russia and Poland and give concerts in Moscow , Leningrad , Tiflis , Riga ,
and Warsaw . ( After Moscow , Warsaw felt like Paris . ) On that journey I
graduated , so to speak , from young composer to colleague . But even at that
time I would ...
Pßgina 74
ISAAC BASHEVIS SINGER 1904-1991 BY CYNTHIA OZICK 1 Some ME TIME
ago , when Isaac Bashevis Singer first mounted the public platform to speak in
English , he was asked whether he really believed in sheydim - in imps and
demons ...
Pßgina 103
He was elected to the Institute in 1906 and two years later , along with his very
good friend and so to speak his boss , the president of Johns Hopkins University ,
Daniel Coit Gilman , was elected to the Academy . K , the granddaughter of these
... 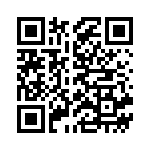