Página 68
The Asian Department of the Ministry of Foreign Affairs tended to be very anti-
British.4 The proponents of Asian expansion believed that Russia's mission lay
outside European Russia in the development of Siberia and the spread of ...
Página 77
71 In long conversations, the new president and the new minister of foreign
affairs, Charles Jonnart, convinced Izvolsky that France would fulfill her
obligations to Russia "with all the necessary sang-froid" and "that the final result
of actual ...
Página 149
53 Kokovtsov confessed that, although he was initially loath to grant the
interviews, the way in which the papers reproduced "with a perfect exactitude the
essence" of his explanations pleasantly surprised him.54 As minister of foreign
affairs, ... 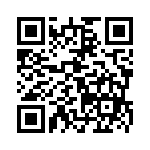