Página 137
Indeed , if moral freedom , it is the sentiment they were not free agents , they of
Hopkinsians , that free , moral would not be capable of acting at agency consists ,
simply , in choosall ; and if they were not moral ing or willing . Agency is “ the ...
Página 154
And in proportion as cases , there are some permanent they are to be found in an
indieffects ; but they consist very much ... for these only of mankind . are they
accountable to God ; and in these consists whatever they Next in importance to
the ...
Página 200
He will , towards God or one's neighbour , as he has ability and opportunity ,
consists , not in external actions , do good unto all men . True love but in the free ,
voluntary exercisas naturally excites men to do es , fiom which they flow . In these
...
Página 495
we Some professors believe that the ing view of these truths is apparsovereignty
of God consists in his ent and demonstrable from reason creating all things at first
, and in and facts , and necessarily results inflicting punishment upon the from ...
Página 543
If voluntary , it is who lived from Adam to Moses : we actual ; for all action consists
in must , therefore , understand , by : free , voluntary exercises . But if those who
had not sinned ' after 1 involuntary , it is not of a moral the similitude of Adam's ...

Página 476 - FRIEND after friend departs : Who hath not lost a friend ? There is no union here of hearts That finds not here an end: Were this frail world our only rest.
Aparece en 749 libros desde 1822-2008
Página 238 - hast said the truth : for, there is one God ; and there is " none other, but, He : ** and to love Him, with all the heart, " and with all the understanding, and with all the soul, and " with all the strength, and to love his neighbour as himself, " is more than all whole burnt offerings, and sacrifices." 34 And when Jesus, saw, that he answered discreetly, he said unto him, " Thou art not far from the kingdom of God.
Aparece en 1050 libros desde 1675-2008
Más
Página 288 - And Jesus sat over against the treasury, and beheld how the people cast money into the treasury: and many that were rich cast in much. And there came a certain poor widow, and she threw in two mites, which make a farthing.
Aparece en 962 libros desde 1744-2008
Página 453 - ... as ye have yielded your members servants to uncleanness and to iniquity unto iniquity; even so now yield your members servants to righteousness unto holiness.
Aparece en 1216 libros desde 1660-2008
Página 429 - O fools, and slow of heart to believe all that the prophets have spoken ! Ought not Christ to have suffered these things, and to enter into his glory ? And beginning at Moses, and all the prophets, he expounded unto them in all the scriptures the things concerning himself...
Aparece en 1179 libros desde 1747-2008
Página 288 - Lord, for because thou hast done this thing, and hast not withheld thy son, thine only son, that in blessing I will bless thee, and in multiplying I will multiply thy seed as the stars of the heaven, and as the sand which is upon the sea shore ; and thy seed shall possess the gate of his enemies; and in thy seed shall all the nations of the earth be blessed ; because thou hast obeyed my voice.
Aparece en 882 libros desde 1694-2008
Página 357 - I said therefore unto you, That ye shall die in your sins : for if ye believe not that I am he, ye shall die in your sins.
Aparece en 1026 libros desde 1701-2008
Página 319 - This is a misery much to be lamented, for though they were burning and shining lights in their times, yet they penetrated not into the whole counsel of God, but were they now living, would be as willing to embrace further light as that which they first received.
Aparece en 343 libros desde 1803-2007
Página 198 - Ye have heard that it hath been said, Thou shalt love thy neighbour, and hate thine enemy: but I say unto you, Love your enemies, bless them that curse you, do good to them that hate you, and pray for them which despitefully use you, and persecute you...
Aparece en 718 libros desde 1805-2008
Página 237 - The first of all the commandments is, Hear, O Israel; The Lord our God is one Lord : and thou shalt love the Lord thy God with all thy heart, and with all thy soul, and with all thy mind, and with all thy strength: this is the first commandment.
Aparece en 584 libros desde 1799-2008
Menos 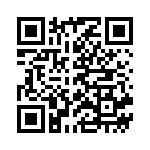