Página 10
There a whole country , almost as large as England , presented a curious and —
by all counts - deplorable spectacle of a Celtic civilisation in part medieval , in
part pre - medieval , pastoral in its economy , tribal in organisation , nomadic and
...
Página 19
The whole tribe under their chief , old Sim of Whithaugh , vowed revenge and the
neighbourhood took fright , threatening to fly the country . Carey determined upon
an expedition , after making it all right with King James , who left it clear that he ...
Página 270
On land , defence measures were directed by a Council of War , on which famous
soldiers , Lord Grey , Sir John Norris , Sir Richard Bingham , Sir Roger Williams ,
served along with Ralegh and Drake — the whole presided over by Burghley . 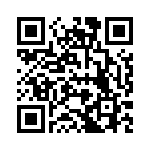