This tome won the Bancroft Prize, and not undeservedly. It is full of information, has a compelling narrative thread and gives a great deal of insight into the ideologies and prejudices of the first ... Leer comentario completo 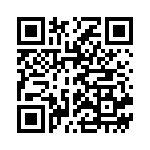