This tome won the Bancroft Prize, and not undeservedly. It is full of information, has a compelling narrative thread and gives a great deal of insight into the ideologies and prejudices of the first ... Leer comentario completo

Stanley Elkins is the author of Slavery: A Problem in American Institutional and Intellectual Life, and is Professor of History at Smith College.

Eric McKitrick is the author of Andrew Johnson and Reconstruction, and is Professor of History Emeritus at Columbia University. 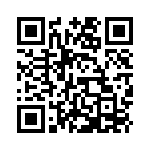