Once again, after the equally annoying Breaking Open the Head, Pinchbeck makes it very difficult to get through what should be a fascinating subject: the end of history as we know it, according to the ... Leer comentario completo

Good news: this is not a doomsday book; Good news: the first third of this book explains what is known about Mayan culture and the Mayan calendar which is set to "expire" on December 21, 2012 (or is ... Leer comentario completo

Author Daniel Pinchbeck has deep personal roots in the New York counterculture of the 1950s and 1960s. His father was an abstract painter, and his mother, Joyce Johnson, was a member of the Beat Generation and dated Jack Kerouac as On the Road hit the bestseller lists in 1957 (chronicled in Johnson's bestselling book, Minor Characters: A Beat Memoir). Pinchbeck was a founder of the 1990s literary magazine Open City with fellow writers Thomas Beller and Robert Bingham. He has written for many publications, including Esquire, The New York Times Magazine, The Village Voice, and Rolling Stone. In 1994, he was chosen by The New York Times Magazine as one of "Thirty Under Thirty" destined to change our culture. 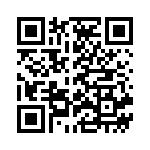