Página 108
The big chestnut horse , whose coat seemed to shed fire in the sunlight , carried 126 pounds to his rival's 108. They raced together , stride for stride , bob- bing head alongside of bobbing head , while screaming thousands watched amid ...
Página 126
Through what seemed to be a sixth sense , she quickly divined the location of the " drunkard facto- ries , " stormed them by surprise , and was gone . In 1901 , after Carry had after Carry had hacked quite a name for herself , James E.
Página 155
I looked , and it seemed as though lights flashed , then went out , as though it might be a procession of people , all carrying small , green flashlights . The Hayneses thought they could see them , too . Harvey and Ralph , who had gone ... 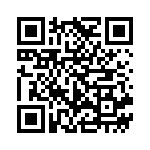