Página 13
Liquor Control Commission Mr. David M. Martin , Flint , member to succeed
himself for the term expiring December 15 , 1952 . Respectfully submitted , G.
MENNEN WILLIAMS , Governor . Office of the Governor , Lansing , January 11 ,
1950 .
Página 52
Whereas , The Governor of the State of Michigan on Tuesday evening , March 28
, 1950 , broadcast over Station WJR under an unpaid public service broadcast ;
and Whereas , The broadcast of the Governor was in fact a bitter partisan ...
Página 119
Article 6 , Section 7 of the Constitution of Michigan of 1908 gives the Governor
power to convene the Legislature on ... on any other subjects than those
expressly stated in the Governor's proclamation or submitted by special message
. 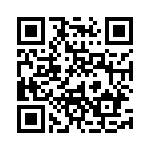