A copious account of the modern American experience with terrorism that substitutes descriptive detail for thoughtful analysis. Although the book's title implies a comprehensive history of terrorist ... Leer comentario completo

This is an important book on a tricky subject. Its analysis is based on extensive research, as well as dozens of interviews, and it concludes by saying the right things: we should not overreact to ... Leer comentario completo

JEFFREY D. SIMON is a foreign policy consultant and writer. 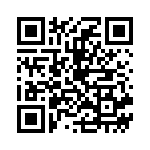