THE VIRTUAL COMMUNITY: Homesteading on the Electronic Frontier

An enthusiastic tour of cyberspace by one of its pioneers. In Virtual Reality (1991), Rheingold explored one corner of the amazing new world created and accessed by computers; here, in an equally well ... Leer comentario completo

Howard Rheingold, an influential writer and thinker on social media, is the author of Tools for Thought: The History and Future of Mind-Expanding Technology, The Virtual Community: Homesteading on the Electronic Frontier (both published by the MIT Press), and Smart Mobs: The Next Social Revolution. 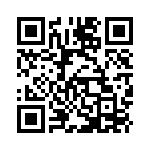