Página 2
In the period before the 1880's, many Latin Americans had realized the need for
United States participation because of its ... their rivalries with one another made
it difficult for them to accept the leadership of any single Latin American nation.
Página 9
Furthermore , some of the Latin American nations had become stronger and
more stable , and most of them became members of the League of ... The League
, some Latin Americans thought , might counteract United States political
influence .
Página 205
Ball, M. M., The Problem of Inter-American Organization (Stanford, 1944). Bemis,
Samuel F., The Latin American Policy of the United States (New York, 1943).
Carbonell, Nestor, Las Conferencias internacionales americanas (Havana, Cuba
, ... 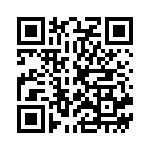