John Heilpern is the author of the classic book about theater Conference of the Birds: The Story of Peter Brook in Africa and of How Good is David Mamet, Anyway?, a collection of his theater essays and reviews. Born in England and educated at Oxford, his interviews for The Observer (London) received a British Press Award. In 1980 he moved to New York, where he became a weekly columnist for The Times of London. An adjunct professor of drama at Columbia University, he is drama critic for the New York Observer. 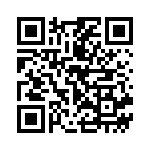