DONALD H. DYAL is Director of the Cushing Library at Texas A&M University (Special Collections, Manuscripts & Archives). He is the author of several articles and books, including A Special Kind of Doctor (1991). 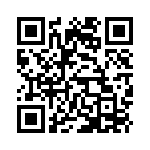