Página 108
The new revolutionary leadership that emerged after 1910 considered itself the
heir of the Juaristas as well as of Morelos ... For these leaders , nationalism , the
redemption of the Indians , the recovery of the national resources , and a more ...
Página 141
Domestic sources of unhappiness included a decreasing faith in the PRI and its
leadership , as well as increasing dissatisfaction with an economic model that ,
despite significant growth , had failed to resolve the problems of poverty , the ...
Página 152
He took a leadership role in Contadora , the process organized by Panama ,
Colombia , Venezuela , and Mexico , which sought a negotiated settlement of
Central American conflicts . This process led to a broad peace settlement in
Central ... 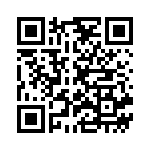