Debora Kuller Shuger teaches in the Faculty of English at UCLA, and is also a member of UCLAs Center for Seventeenth- and Eighteenth-Century Studies. 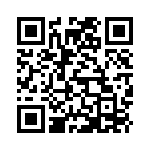