A guide to exploring the written and spoken styles of theatre and language and how to approach them as a performer. Includes warm-up exercises and rehearsal techniques. Leer comentario completo

This is an EXACT reproduction of a book published before 1923. This IS NOT an OCR'd book with strange characters, introduced typographical errors, and jumbled words. This book may have occasional ... Leer comentario completo

Cicely Frances Berry was born in Berkhamsted, England on May 17, 1926. She attended the Central School of Speech and Drama in London in the 1940s. After graduating, she was hired by the school as a voice instructor. She became the Royal Shakespeare Company's first voice director in 1969. While there, she also taught at Nós do Morro and in various British prisons. She directed productions of King Lear at theaters in Stratford-upon-Avon and London. She wrote several books including Voice and the Actor, The Actor and the Text, and Working Shakespeare. She died on October 15, 2018 at the age of 92. 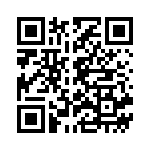