Paul F. Grendler is a distinguished scholar of the Italian Renaissance. The author of numerous books and editor in chief of Encyclopedia of the Renaissance and Renaissance: An Encyclopedia for Students, he has been president of three scholarly organizations including The Renaissance Society of America. He is currently a Fellow of the American Philosophical Society. Grendler taught at the University of Toronto for thirty-four years. 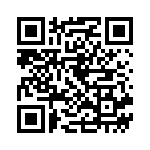