Geoffrey Alan Hosking, born April 28, 1942, in Troon, Ayrshire,Scotland, attended King's College, Cambridge, earning an M.A. and a Ph.D. He also attended St. Anthony's College, Oxford. He is professor of Russian history at the University of London, School of Slavonic and East European Studies. He has been a visiting lecturer in political science at the University of Wisconsin, Madison; a research fellow at Columbia University's Russian Institute; and a visiting professor at the University of Cologne Slaviches Institute. Hosking's works include The Russian Constitutional Experiment: Government and Duma,1907-14, Beyond Socialist Realism: Soviet Fiction since "Ivan Denisovich," and The First Socialist Society: A History of the Soviet Union from Within. 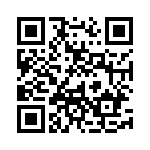