"Ever since her bitter divorce, single mom Molly Willhoughby has felt disillusioned by matters of the heart. But then she meets newcomer Dr. Matthew Harding, who inspires her to take another look at ... Leer comentario completo

great story because I had read these out of order this one let me know how several lives started out in Cape Light what a great series. Leer comentario completo

Thomas Kinkade was born in Sacramento, California in 1958. He spent one summer on a sketching tour with a college friend and afterwards produced the instructional book, The Artist's Guide to Sketching. The book's success landed the two artists at Ralph Bakshi Studios to create background art for the animation feature, Fire and Ice. After the film, Kinkade began earning a living as a painter and is now one of America's most collected living artists. He has also written numerous books including Lightposts for Living and the Cape Light series.

Before becoming a full-time writer, Katherine Spencer was a fiction editor. She has written over 20 books for both children and adults including the Cape Light series. 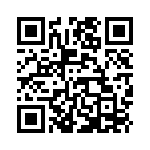