Jonathan E. Adler is Professor of Philosophy at Brooklyn College and the Graduate School, City University of New York. His D.Phil. in philosophy is from Oxford University. His main areas of research are epistemology, philosophy of psychology, informal logic, ethics, and philosophy of education. In 2002, he published Belief's Own Ethics.

Lance Rips received his Ph.D. from the Psychology Department at Stanford University in 1974 and taught at the University of Chicago from 1974 to 1993. Since 1993, Rips has been a Professor of Psychology at Northwestern University. He is on the editorial board of Cognition, Public Opinion Quarterly, and Informal Logic. 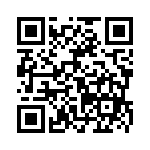