The Immortal Count: The Life and Films of Bela Lugosi
Arthur Lennig - 2013 - 560 halaman
Bela Lugosi won immediate fame for his portrayal of the immortal count in the 1931 film Dracula. After a decade of trying vainly to broaden his range and secure parts to challenge his acting abilities, Lugosi resigned himself to a career as the world's most recognizable vampire. His last years were spent as a forgotten and rather tragic figure. When he died in 1956, Lugosi could not have known that vindication of his talent would come -- his face would adorn theaters, his image would appear on greeting cards and postage stamps, his film memorabilia would sell for more than he earned in his entire career, and his Hungarian accent would be instantly recognized by millions of people. Martin Landau's Oscar-winning role as Lugosi in the 1994 film Ed Wood added an ironic twist to a career that had ended in oblivion. In 1974, devoted Lugosi fan Arthur Lennig published a highly regarded biography of the unsung actor. More than twice the length of the original and completely rewritten, The Immortal Count provides deeper insights into Lugosi's films and personality. Drawing upon personal interviews, studio memos, shooting scripts, research in Romania and Hungary, and his own recollections, Lennig has written the definitive account of Lugosi's tragic life. 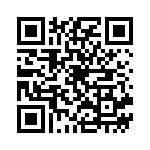