George Herbert was born in 1593. He was educated at Westminster School and Trinity College, Cambridge, where he was appointed Reader in Rhetoric in 1618, and PUblic Orator in 1620. Though he seemed destined for a great public career, attracting the attention of influential patrons, including King James I. However, when his patrons died, Herbert resigned from parliament and took holy orders in 1626, becoming rector of a tiny parish on Salisbury Plain. He died in 1633.

John Tobin is currently a Professor of English Literature at the University of Massachusetts. he has published widely on the sources of Renaissance poetry. 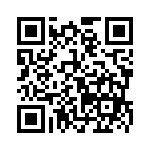