Página 58
3 THE GREAT CONTROVERSY : THE PERSONAL ENCOUNTER OF JEWEL AND HARDING THE LITERARY CONTROVERSY THE ROMAN CATHOLIC counter - offensive in the literary battle begun by Jewel was centred at the University of Louvain .
Página 129
2 Roman Catholic doctrine and practice . They were , however , rather carefully selected to avoid any direct and full treatment of the real presence , justification , good works , the sacrifice of the Mass , praying to saints and ...
Página 235
Gillow , Joseph , A Literary and Biographical History , or Bibliographical Dictionary of the English Catholics , from the Breach with Rome , in 1534 ... Guilday , Peter , The English Catholic Refugees on the Continent , 1558-1795 . 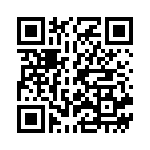