‣ He apparently writes the book for the purpose of disputing critics of his Doctrine of Divine Providence, which he claims "our doctrine must stand, exalted above all the glory, and invincible by all the power of the world;". He also writes this book "in opposition to fortune and fate" as well as to oppose praying to saints or other "lesser spirits" and opposes many traditions of the catholic church.
‣ He devotes an entire chapter to defining HIS meaning of the term "free will" which he makes great attempts to differentiate from "free choice" and "voluntary". Maybe something was lost in it's translation from french or something but I think he intends "free will" to mean: "choosing whether or not to have a sin nature" - those are my words not his.
‣ He also was very concerned that people would misuse his doctrine by saying things like "god was the cause: I believe it was the divine will. for had it not been so, I know it would not have happened." He goes on to say: "There is the greatest danger that those who know not the right use of this doctrine will embarrass themselves with intricate perplexities." Furthermore he devotes an entire chapter to this topic. He warns his followers to not just lay down and take it: "but it will be objected, no danger can hurt, unless it has been ordained that it shall hurt us, and then no remedies can avert it. But what if dangers are therefor not fatal because God hath assigned you remedies to repulse and overcome them?". With this wording he makes it appear that god both appoints the problem and the solution. But later he says that problems/evils you must "excuse ... under the pretext of the divine providence ... but direct attention to inferior causes of this kind."
‣ His Doctrine of Divine Providence gets even more confusing: "I admit more than this: even that thieves, and homicides, and other malefactors, are instruments of Divine providence, whom the lord uses for the execution of the judgments which he hath appointed." and then on the flip side he says "Why shall a homicide be punished for having slain him whose life the lord had terminated? ...But I deny that they serve the will of god. For we cannot say, that he who is influenced by a wicked heart acts in obedience to the commands of god."
‣ So which is it? Did god ordain the murder or not? Perhaps he clarifies this aspect of his Doctrine of Divine Providence by attributing all evil events to be understood from the point of view that puts "him as the supreme cause of all things and ... also consider inferior causes in their proper order" - him meaning god and inferior causes being the perpetrator of the crime.
‣ I personally didn't gain anything from this book. I do not believe in "Fate" nor do I have any regard for "Lesser Spirits" neither do I hold to "Catholic Traditions" therefor I realize now that I was not his target audience.
‣ A note about me: I am not at all knowledgeable in Calvinism or Arminianism but I study the bible often and read it more than any other reading material I have. I prefer the KJV translation for many reasons, among them, it has good Hebrew and Greek lookup resources. 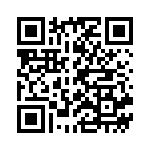