Gregory A. Fossedal is president and chief investment officer of the Democratic Century Fund, and also chairs the Alexis de Tocqueville Institution in Washington, D.C. He is the author of Direct Democracy in Switzerland (available from Transaction), Our Finest Hour, The Democratic Imperative, as well as articles in the New York Times and the Wall Street Journal. 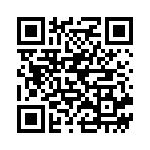