Peter Messent is a professor of modern American literature at the University of Nottingham. Steve Courtney, an independent scholar, has worked for nearly three decades as a journalist and has had several positions at the Hartford Courant. 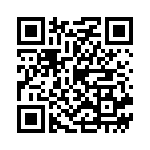