Página 83
VANITY of vanities, saith the Preacher, vanity of vanities; all is vanity. What profit
hath a man of all his labour which he taketh under the sun? One generation
passeth away, and another generation cometh : but the earth abideth for ever.
Página 86
Then I said in my heart, that this also is vanity. For there is no remembrance of the
wise more than of the fool for ever ; seeing that which now is in the days to come
shall all be forgotten. And how dieth the wise man ? as the fool. Therefore I ...
Página 90
This is also vanity and vexation of spirit. The fool foldeth his hands together, and
eateth his own flesh. Better is an handful with quietness , than both the hands full
with travail and vexation of spirit. Then I returned, and I saw vanity under the sun
...
Página 94
Better is the sight of the eyes than the wandering of the desire: this is also vanity
and vexation of spirit. That which hath been is named already, and it is known
that it is man: neither may he contend with him that is mightier than he. Seeing
there ...
Página 95
All things have I seen in the days of my vanity : there is a just man that perisheth
in his righteousness, and there is a wicked man that pro- longeth his life in his
wickedness. Be not righteous over much; neither make thyself over wise: why ...
Siguiente » 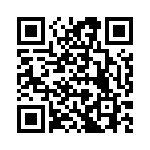