From the moment I opened this book I was thoroughly gripped. It weaves threads of historical reality with an extraordinary variation of characters and locations into a readable, thrilling and entertaining story. A Second World War German pilot leads an attack on the Royal Naval College Dartmouth, a bombing raid intended to kill 600 young cadets including his own English cousins with whom he swore a pact of friendship before the war. After the raid the reader is led through the harrowing and life-threatening tale of the young pilot's quest to find out if a message he sent over to warn his cousins had been found, thus saving their lives. As the story develops the reader is faced with unexpected twists. The pilot meets characters who are also bent on finding the truth behind this raid, some seek revenge, others wish to forget. The ending is a fitting and unexpected climax, which leaves the reader racing for the final explanation.
Mr Stevenson writes in a straightforward style. He takes us from England to Germany and Portugal. The novel combines all the elements of an entertaining read: violence - war and its aftermath; history - the author's war experience as a child; intrigue - the dubious life of a spy; humour - the spy-killer's cat, saved from licking up poisonous liquid on the carpet. James Stevenson has given us a book that keeps us on our toes as it shifts in time from pre-war to 2005.
Dartmouth Conspiracy is a delight to read. It's edge of the seat stuff. My first hope is that someone great will find it and turn into a film. My second hope is that James Stevenson will write many more historical thrillers like this one.

James Stevenson was born in Manhattan, New York on July 11, 1929. He graduated from Yale University. He was a reporter from Life magazine before being hired by The New Yorker in 1956. He drew 1,988 cartoons, 79 covers, and wrote and illustrated articles including Talk of the Town pieces for the magazine. He also drew editorial cartoons for The New York Times and in 2004 began an occasional series for the Op-Ed page entitled Lost and Found New York, which looked back on people and places of the past. He wrote and/or illustrated more than 100 children's books including Don't You Know There's a War On, The Worst Person in the World, Higher on the Door, The Mud Flat Olympics, Yard Sale, The Mud Flat Mystery, What's Under My Bed, That Terrible Halloween Night, and Worse Than Willy. In 1987, he won the Caldecott Honor for When I Was Nine. He also wrote novels and an illustrated biography of Frank Modell, a fellow New Yorker cartoonist. He died of pneumonia on February 17, 2017 at the age of 87. 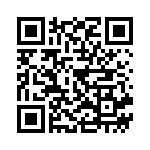