William A. Dobak, retired from the National Archives, Washington, D.C., is the author of Fort Riley and Its Neighbors: Military Money and Economic Growth, 1853-1895 and Freedom by the Sword: The U.S. Colored Troops, 1862-1867.

Thomas D. Phillips holds a Ph.D. in history from the University of Wisconsin, Madison. 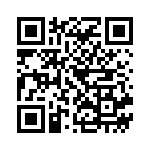