David Christian is an Associate Professor in the Department of History at Macquarie University, Sydney where he has taught since 1975. His BA and DPhil are from Oxford University. His previous publications include Bread and Salt: A Social and Economic History of Food and Drink in Russia (1982), Living Water: Vodka and Russian Society on the Eve of Emancipation (1990) and Imperial and Soviet Russia: Power, Privilege and the Challenge of Modernity (1997). 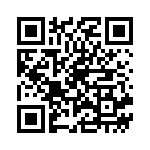