The good life: truths that last in times of need

Longtime Harvard professor and minister Gomes gave us a best seller in The Good Book, a guide to reading the Bible. Now he gives us The Good Life, which addresses the challenges and importance of ... Leer comentario completo

Página 147 - God, Father of our Lord Jesus Christ, Maker of all things, Judge of all men ; we acknowledge and bewail our manifold sins and wickedness, which we from time to time most grievously have committed, by thought, word, and deed, against thy Divine majesty, provoking most justly thy wrath and indignation against us. We do earnestly repent, and are heartily sorry for these our misdoings. The remembrance of them is grievous unto us; the burden of them is intolerable.
Aparece en 896 libros desde 1718-2008
Página 137 - I call heaven and earth to witness against you this day, that ye shall soon utterly perish from off the land whereunto ye go over Jordan to possess it; ye shall not prolong your days upon it, but shall utterly be destroyed.
Aparece en 582 libros desde 1805-2008
Más
Página 234 - For just as the body is one and has many members, and all the members of the body, though many, are one body, so it is with Christ. For by one Spirit we were all baptized into one body— Jews or Greeks, slaves or free— and all were made to drink of one Spirit.
Aparece en 733 libros desde 1814-2008
Página 147 - Almighty and most merciful Father, We have erred and strayed from thy ways like lost sheep. We have followed too much the devices and desires of our own hearts. We have offended against thy holy laws. We have left undone those things which we ought to have done; And we have done those things which we ought not to have done; And there is no health in us.
Aparece en 1267 libros desde 1734-2008
Página 205 - Who, if he rise to station of command, Rises by open means ; and there will stand On honourable terms, or else retire, And in himself possess his own desire ; Who comprehends his trust, and to the same Keeps faithful with a singleness of aim...
Aparece en 505 libros desde 1803-2008
Página 292 - These all died in faith, not having received the promises, but having seen them afar off, and were persuaded of them, and embraced them, and confessed that they were strangers and pilgrims on the earth.
Aparece en 1276 libros desde 1660-2008
Página 140 - Two roads diverged in a yellow wood, And sorry I could not travel both And be one traveler, long I stood And looked down one as far as I could To where it bent in the undergrowth; Then took the other, as just as fair, And having perhaps the better claim, Because it was grassy and wanted wear; Though as for that the passing there Had worn them really about the same, And both that morning equally lay In leaves no step had...
Aparece en 589 libros desde 1915-2008
Página 235 - ... Because I am not a hand, I do not belong to the body," that would not make it any less a part of the body. And if the ear should say, "Because I am not an eye, I do not belong to the body," that would not make it any less a part of the body.
Aparece en 164 libros desde 1927-2008
Página 278 - O GOD, Who hast prepared for them that love Thee such good things as pass man's understanding ; pour into our hearts such love toward Thee, that we, loving Thee above all things, may obtain Thy promises, which exceed all that we can desire ; through JESUS CHRIST our LORD. Amen.
Aparece en 379 libros desde 1757-2008
Menos

Peter J. Gomes has been minister of Harvard University's Memorial Church since 1974, when he was appointed Pusey Minister of the church, and serves as Plummer Professor of Christian Morals. An American Baptist minister, he was named one of America's top preachers by Time magazine. He is the recipient of thirty-three honorary degrees and an Honorary Fellow of Emmanuel College, the University of Cambridge, England, where the Gomes Lectureship is established in his name. 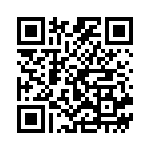