Dagobert D. Runes was born in Zastavna, Bukovina, Austria-Hungary (now in Ukraine), and received a doctorate in philosophy from the University of Vienna in 1924. In 1926 he emigrated to the United States, where he became editor of the Modern Thinker and later Current Digest. From 1931 to 1934 he was director of the Institute for Advanced Education in New York City, and in 1941 he founded the Philosophical Library, a spiritual organization and publishing house.

Runes published an English translation of Karl Marx’s On the Jewish Question under the title A World Without Jews, featuring an introduction that was clearly antagonistic to extreme Marxism and “its materialism,” yet he did not entirely negate Marxist theory. He also edited several works presenting the ideas and history of philosophy to a general audience, including his Dictionary of Philosophy. 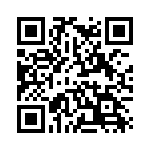