This was a very interesting, yet elusive, set of short stories. The setting is distant, but we are pulled into it through the details and the characters which reveal the world that Babel was operating ... Leer comentario completo

I don't know if it's the translation, or the way this particular edition is set up, or what, but I just found the stories here a slog—with a few notable exceptions, which I remember enjoying in other anthologies. Leer comentario completo

Isaac Babel was born in Odessa in 1894, the son of a Jewish tradesman. At the age of twenty-one he went to St Petersburg, where he had to avoid the Tsarist police because he lacked the residence certificate required of all Jews. Gorky was the first to encourage Babel by printing two of his stories in his magazine. During the First World War, Babel fought with the Tsarist army and in 1917 went over to the Bolsheviks. In 1923 he returned to literature with a number of short stories printed in periodicals. An instant literary success, these formed the nucleus of the Odessa Stories, a group of vivid sketches of Russian Jewish life, and the unforgettable Red Cavalry (1926), written out of his experiences with Budyonny's cavalry in the Polish campaign of 1920. Other stories, scenarios and plays followed. Unable to conform to the demands for political conformism that were being made on him, however, Babel was arrested suddenly in 1939. He died, possibly in 1941. 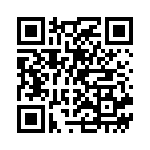