THE NEW WORLD STRATEGY: A Military Policy for America's Future

A thoughtful, brutally realistic evaluation of the roles the US military should play in the new world disorder that has superseded the bipolar certainties of the Cold War. A back-to-basics disciple of ... Leer comentario completo

The new world strategy: a military policy for America's future

Summers's two previous books, On Strategy (Presidio Pr., 1984) and On Strategy II (LJ 2/92), established his reputation as a respected military thinker. This four-part "series of lectures" is not as ... Leer comentario completo 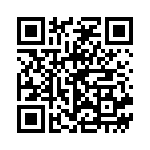